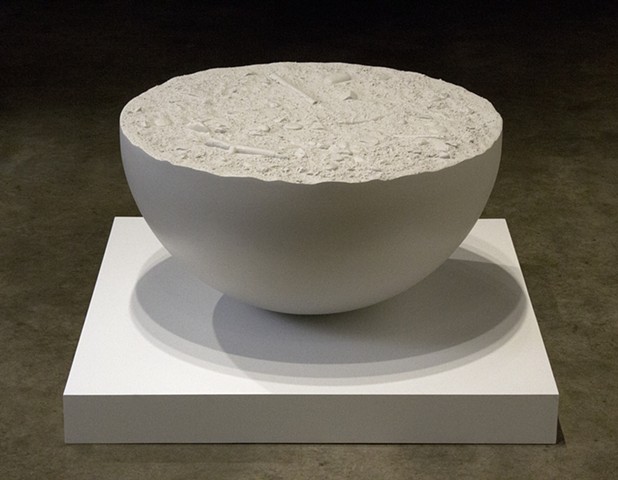 A non-descript, circular plot of ground sits balanced upon a half spherical form. Dirt, rocks, and sticks create the composition of its “natural” surface. Cast from the actual objects, this surface captures every detail, albeit in a plasticized, uniform depiction. Its color is a monochromatic, pale gray, having the appearance of a prototype or unpainted model. This alludes to a potential proposed use or function of this object. The crux of this piece is the dissonance between the depicted ground and the spherical form in which it is fused. There is both an apparent balance and potential instability.